How To Determine If You Need Wall Texturing And Drywall Repair 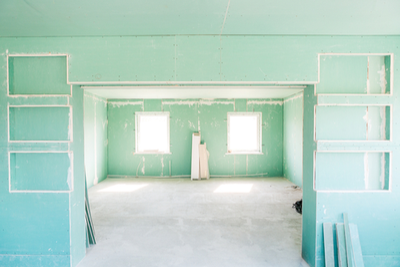 If you’ve started reading up on repainting your home, you may be coming across the term “wall texturing”. If so, you’re very likely seeing some conflicting opinions on the subject, and wondering whether this is something you should be considering. Is it an important part of the paint job, or just a matter of taste? I’d like to try to clear up some of the confusion on this matter, and help you identify the situations in which you need wall texturing, or its companion service, drywall repair.

Most modern home construction involves walls made of sheet rock, also known as drywall. Sheet rock leaves a smooth, flat surface which is easy to paint on, leaving a smooth, flat wall. If you like that type of surface (at least in the room in question), then you can move on to the next section, as this is indeed a matter of taste.

Wall texture is added on top of the sheet rock, prior to painting, This leaves a surface which has more depth and is often described by interior designers as adding dimension to the room. Many people prefer this type of surface aesthetically to the flat, stark surface of the drywall itself.

In addition to offering variety from the smooth surface of a sheet rock wall, there is lots of room for different stylings with wall texturing. For example, “orange peel” texturing consists of a rough surface, resembling the skin of an orange. It’s subtle, and is somewhat minimalist in style, so it tends to blend well with most modern decor.

“Knockdown” texture is similar to stucco, and while casual, is generally seen as elegant and a good choice to accompany Southwestern or Mediterranean decor. The ridges in the designs do tend to attract accumulations of dust, so it’s a little more difficult to keep clean than an orange peel texture.

As smooth and flat as sheet rock is, it differs from its older cousin, the plaster wall, in that it’s made up of separate sheets. Skilled wall installers can do an admirable job of joining and sealing those sheets with tape and joint compound, but some imperfections inevitably will show through. Adding a layer of texture to the walls creates a uniform surface that should look pleasing to even the most discerning eyes.

Wall texturing can help more than blemishes in the initial installation, too. The walls of our homes are subject to numerous damages, large and small. And if you have kids, I don’t need to tell you about the abuse that they can dish out to your walls (and a lot of other parts of your house as well!). If you do need to patch or otherwise repair your drywall, it can be difficult to blend the new surface smoothly with the existing surface. Adding some texture to the equation may cover a multitude of minor problems and leave you with a beautiful and consistent wall surface.