What Are Self-Priming Paints and When Should You Use Them? 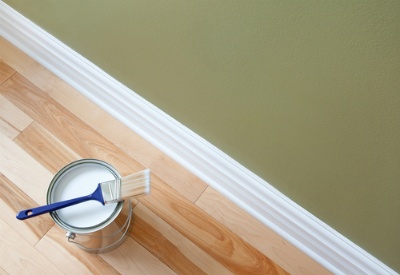 Even if you’ve painted a room or several rooms before, there’s still a good chance you are clueless about primer. Because most rooms with paint on the walls don’t need any primer. Just look at the word itself: primer. As in, priming (preparing) something. Because when you utilize primer, all you’re doing is preparing a wall to be painted.

And as mentioned above, a wall usually doesn’t need to be primed if it already has paint on it. But if you find yourself painting bare new walls, then you’ll need to prepare them. Usually that requires the aforementioned primer – but what if you’re using self-priming paints?

There are actually many different self-priming formulations on the market. But just because they say they’re self-priming doesn’t mean that primer is no longer necessary.

Primer and paint are meant to do two different things. Primer seals the surface, to prevent stains from bleeding through the paint, while also improving the bond between the paint and the wall. Without a strong bond, you could find yourself experiencing adhesion failure, which can ruin a paint job.

Not exactly. Let’s think about this logically. A primer is meant to be applied in one full coat that covers the whole area, and then you have to wait for it dry. After that, you apply a full coat of paint.

So instead of that, we’re now going to apply just one single coat of this paint, which is going to prime the surface while simultaneously also changing its color? How do you think that will work out?

Bingo. To borrow from popular lingo, the self-priming paint is doing too much. It can’t be a great primer and a great paint at the same time, so instead it will do a middling job of both. And according to one author’s estimate, it won’t even save you any money!

Well, if primer isn’t a necessity (such as when you’re painting over existing paint), then it’s perfectly acceptable to use. But then again, that kind of defeats the whole purpose of a primer+paint combo, right?